Application of Multiphase Flow and Droplet Separation Theory in Modeling Cough Droplets Contamination Range to Mitigate COVID-19 Transmission – Do not Stand too Close to Me!

On March 11 2020, the World Health Organization (WHO) declared that COVID-19 is a pandemic, warning the world from a health catastrophe and social, economic, and political disruptions. According to WHO, COVID-19 is transmitted by the transport of respiratory droplets generated by violent respiratory event such as sneeze and cough directly to susceptible person, or indirectly through surfaces. The aim of this study is to propose simple physical and mathematical models based on two-phase flow dynamics and droplet separation theory. The proposed mathematical model predicts the contamination range of ejected cough droplets, estimating the safe person-to-person social distance. As a result, the proposed simple model predicted a contamination range of 2.3-m for male adult. In addition, to understand the behavior of ejected cough droplets, sensitivity analysis is carried out to investigate the effect of cough air flowrate, i.e. body/lung size, droplet size, and droplet drag coefficient on contamination range. It is found that as the body/lung size decreases, i.e. lower cough flow rate, contamination range decreases, resulting in 1.9-m for adult female, and 1.4-m for a child. In addition, the model predictions show an appreciable effect of droplet size, and droplet drag coefficient on cough contamination range. In particular, the effect of droplet drag coefficient is of an interest because of its relationship to ambient condition such as temperature and relative humidity, which both affect ambient air viscosity, thus drag coefficient. This is important in investigating the contamination range and person-to-person social-distance as climate changes. 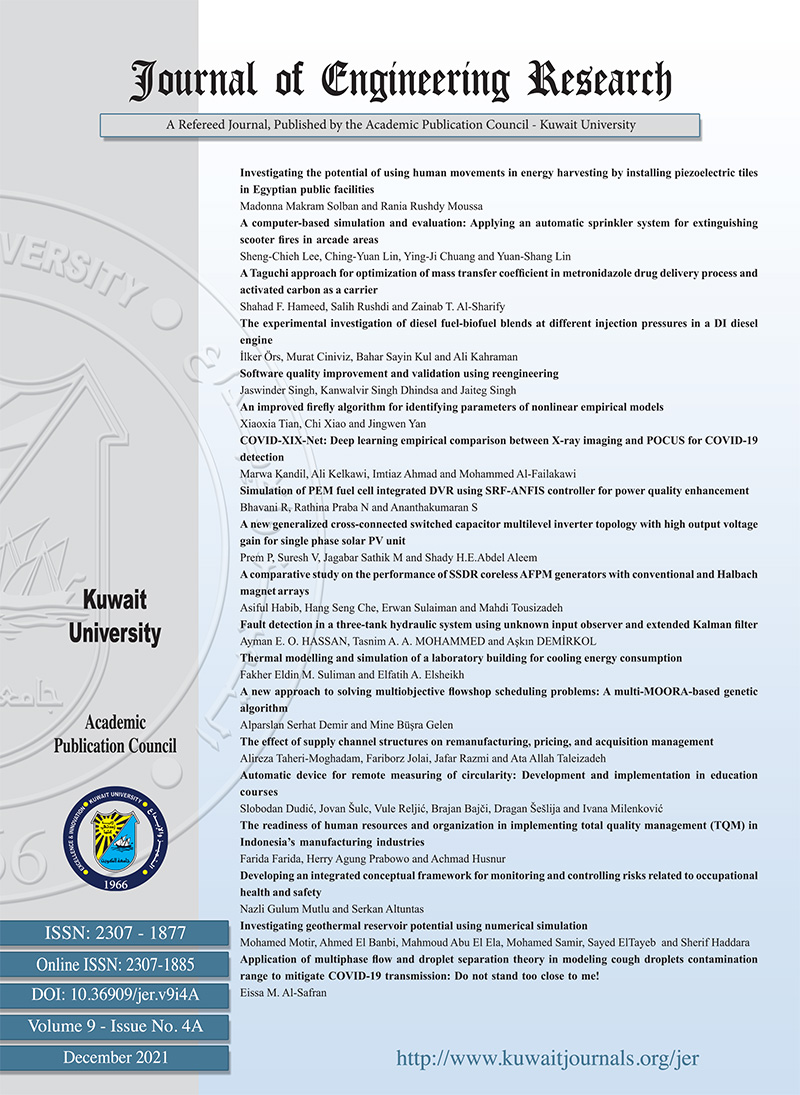